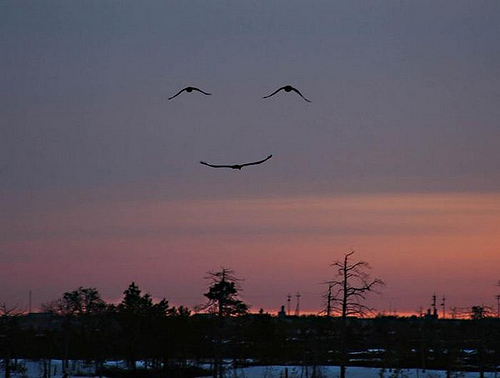 And because nowadays it's modern not to steal intelectual property, here's the source of the picture.

I was unhappy with my bank (What not to do when you're a bank).

Recently, the rumors about it going bankrupt became stronger and stronger so I cashed out my accounts and went for another bank.
The rumors came out to be fake and I felt like a dumb ass, becase I followed unchecked information.

But overall I don't regret my decision. The bank now has a new software which sucks big time. I was on a few occasions unable to access my money (ATM, online, bank office), so I don't think this is a bank that I could trust.

In a previous post (here) I spoke about having trouble with e-banking software of my bank.

There is a pretty simple solution - the online payment operator - epay.bg. It also can do bank transfers, so it's perfect for the task.

Epay can work with almost all bank cards, it's cheap, it's user-friendly, it's reliable. It's the perfect solution.
One minor drawback - it can't check balance, because for sometime now most banks don't support that feature for epay 🙁

Still I'm going to use it. I can check my balance using the e-banking app.

My primary bank is First Investment Bank.
I chose a quite a while ago because it had the reputation of a bank that was the first in everything.

It's e-banking was uncomparable with the competitition - outrageously ugly, but accepted smartcards and did all I wanted it to do.

Now it's getting different - they changed their system with a new one. Something called FlexCube. Weirdly enough owned by Oracle.

From internal sources I know that the new system sucks and they failed to deploy it for more than a year. And when they finally made it last week during the weekend - my bank card was not working, meaning me without access to my money just before I went to Serbia. I had to take a loan to be able to go - not a pleasant thing to do.

So about the new e-banking interface - it sucks, all my preferences and beneficients are gone. It's ugly and hard to learn.

So I'm looking for a new bank with a decent e-banking services.

I have experience with SG Expressbank and Postbank - they suck too.

Update: the comments following that post reminded me of a story:
I was in the Netherlands. Once talking to one of the guys we discussed how much cash does each of us carry. I did carry a lot, he counted on the cards he had. My case: bank cards don't work on the road, on the street, they can fail, cash cannot fail.

Later that week:
There was this friend with which we drank quite a few drinks and on the way back to the hotel (I was in an apartment, the friend in a hotel) they said the employer forgot to pay the room, so it couldn't be used. We tried all the credit/debit cards we had - no luck - none of them worked. He had to sleep at my place. Cash is bulletproof !

I spent a couple of days in Serbia. Pictures here.

Overall I was surprised by what I saw - although they are not a rich country, its visible that they are situated closer than us to the more developed countries.
They don't speed on the road, it's clean and nice and green and ordered, people are really polite, roads are so much better than the Bulgarian ones.
Overall they are more advanced than we are.

In this piece of code the task is to override system exceptions (JPA, JTA exceptions) with application exceptions:

The rewriting of PersistenceException (PE) is straightforward.
It could come from the business method (bm()) and from commit().
When it comes from commit() it is wrapped in RollbackException. Thus the if.

So if I throw an exception at (1), it gets overridden in (2). As simple as that. Because of the finally's ability to override results (OOP got messy here).

So what should be fixed?
First, at (2) I shouldn't throw any exception.

Second, I'm thinking of checking the result of bm() - if an exception, don't call commit(), but rollback().
Sounds right.