TED (Technology, Entertainment and Design) is

a global set of conferences curated by the American private non-profit Sapling Foundation, formed to disseminate "ideas worth spreading." (Wikipedia).

So actually TED are presentations in every field imaginable and most of them are really good. And some of them are inspiring. I use Miro player to download them and watch them when I have some free time. 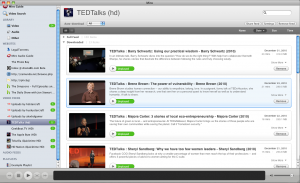 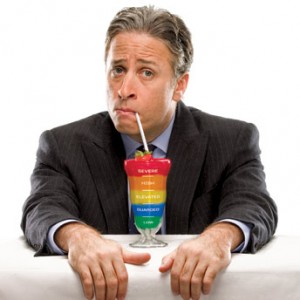 I first watched The daily show while I was living abroad. I got only a few english speaking tv programmes and most of them were news related - CNN, NBC... The daily show was one of the three programs I liked - the other two were The tonight show with Jay Leno and The late night with Conan O'Brien.

The daily show is something I consider a time well spent. It can be watched for free on its site: http://www.thedailyshow.com/. It's paid in iTunes.

On the same site (Comedy Central) many other shows from the cable television may be watched for free. The most notable from them is South Park. 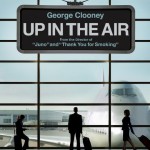 Long time no write. But no time for small talk.

Currently (unfortunately I’ll upload the article later) I'm watching "Up in the air". It's smart, funny, sad, moralistic. It's so good, it's deep, well made. So inspirational.

It's a real-life movie. Go watch it.

When I read what I wrote it sounds stupid. But the experience made me say it.

Some years ago I wanted to buy Bluetooth headphones. Then my phone (Sony Ericsson K750i) did not support the A2DP profile, so I gave up. My next phone (Nokia E71) had such an aghast audio player that I did not have the mood to use it as an mp3 player.

Android’s audio player is pretty nice and as a whole the OS is a lot of fun to play with. I recently got a 8GB SD card, so I have the storage to put a lot of music onto.

Few days ago I was wandering, searching for a car charger for miniUSB (for my phone) and by the way asking for bluetooth headphones too.

In one of the shops they offered me these: 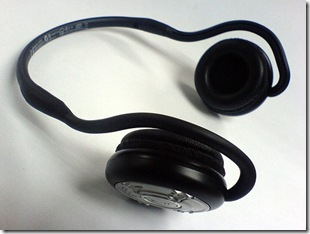 They were amazingly comfortable. I think I could jog with them. I tried them with the phone and they produced a pretty good sound. The charger was miniUSB just like my phone’s.

The good thing is that they’re foldable and have a lot of controls (next, previous, volume up/down, start, pause). And the price was amazing  - €35, so I got them. 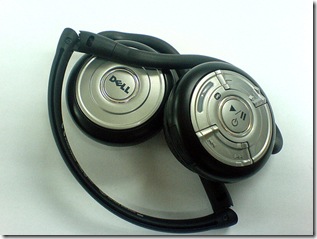 They last more than my phone can play music, so I’d say that the battery life is satisfactory. The good thing is that they have a mic and can be used as a handsfree too.

The most amazing thing is that they can play while charging, which is amazing and since my laptop has bluetooth, I can use them to listen music from the laptop too.

While not listening, the headphones hang on the neck without making me uncomfortable.

The only issue I have is that somehow the headphones cannot switch easily from media to audio mode, so I cannot talk while listening. 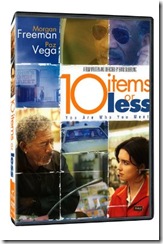 Watching a movie has always made me want to share something and there’s always something obstructing me from doing so.

This time it’s different. It’s called 10 items or less. It has amazing music, it has an amazing chick, it has Morgan Freeman.

There are some amazing moments, for example when Morgan Freeman follows this supermarket manager (an old Hispanic man) walking in small step a bit bent over.

Again a quote from IMDB – will “make you clutch your sides with laughter. It’s a rare masterpiece”. Go watch it.

An amazing article on the basic differences between BSD and Linux. The author is a FreeBSD user, so one could expect the bias, but anyway a must-read.

Most wireless routers these days have web interfaces can share USB hard drives, have firewalls and so on.

OpenWrt is an open-source firmware that can be installed on such routers. It started thanks to Linksys using GPL software on it’s WRT54G router and had to release the source. This was the base for the project.

OpenWrt is a minimized linux based on the Busybox distribution that can run on the limited hardware of the devices. Thus the devices become a lot more flexible – ssh, telnet, portforwarding, iptables, firewall and so on.

The current version of OpenWrt is 8.09.01, code-named Kamikaze. They use cocktail names for code-names, the last one was called White Russian.

Another project, x-wrt, uses OpenWrt as a base and creates an elaborate web interface, called webif2, that allows the configuration of router via a web interface for users not familiar with linux. x-wrt uses the same version numbers when they bundle their web interface with OpenWrt.

I’ve used x-wrt 7.09 with webif (version 1) which had it’s glitches. Now I’m using OpenWrt 8.09 that provides its own web interface (quite good really). I haven’t tried webif2. But if I do, I’ll try to write something about it.

The starting point is the table of harware section in OpenWrt’s wiki. For every major manifacturer they have a wiki page with info whether they support the router and how good they support it. My router for example is supported fully with OpenWrt based on linux kernel 2.4. They don’t support the wireless (some binary driver issue) with kernel 2.6. So I’m using the latest version of OpenWrt, but with an older kernel.

Some routers have USB ports which can be used for harddrives, flash memories, usb cameras. For my router they have a manual for live streaming from a web camera. USB harddrives can be shared via ftp, samba…. (it’s a linux box after all).

The pro’s of these machines is that they’re cheap, very powerful, and very quiet.

The con’s come from limited memory (can be extended with a flash), lack of all linux commands and options (busybox).

After having a Dell Inspiron for a year (search ‘dell’ in the blog) and having issues with stability (battery died in less than a year, the power charger blew up, it started falling apart, heating up) I decided it’s time for a change. I wanted something very sturdy and then saw the new aluminum body Macbook. So I thought this was it.

I now have it for 6 months and I’m pretty happy with it. Battery takes up to 4 hours, usually 2.5h. The body is exceptionally strong. It' doesn’t heat as much although when Firefox goes berserk (100% processor time) it does heat up.

Switching to Mac OS took some time, but still a lot less than expected. There’s always a windows on a virtual machine, but I rarely use it. Mac OS is really nice to play with. And a lot faster than the vista I had on the dell (search vista in the blog).

I’m not an Apple fan for so many reasons, but they made a pretty stable and usable laptop. That’s my initial experience.

While in the states I saw the new one, with the only major difference being a battery they claim could support the laptop for 7 hours. I don’t believe it, but even 5 would be very nice. Especially for 9-hour over-Atlantic-ocean flights.