JDK. Developing java applications on a Mac OS is not so straightforward as it is on windows. When you start on Windows, the first thing you do is download the JDK - that's easy. On Mac OS you don't have a real JDK, you have Java for Mac OS X. It's not the same. It's always late. Using SoyLatte they made a darwin port called openjdk6 that is a lot more like a real JDK. With JavaSE 7 it's even worse - there are binaries for Windows, on Mac OS one has to build it manually which is not that easy.

Eclipse. Then there's Eclipse. Thank god - there's an Eclipse.dmg that is pretty easy to install. But (there's always a but), the shortcuts are a bit changed. Alt+Shift+X becomes ⌘+⌥+X. There's also the speed issue - Eclipse is not as fast on Mac OS as it seems on a Windows machine.

Browsers. One major setback is that if one does front-end, one needs Internet Explorer to test. Otherwise QAs come and kick one's ass because something doesn't work on IE6 for example. I hate Internet Explorer. Not only IE6, all of them.

Configuration. In my project I have:

my Windows-using colleagues have

The good thing is that since Mac OS is unix-based I have the settings that are closer to the Ubuntu we deploy our production on.

I don't know - maybe I should buy a new Macbook with a fast SSD with a lot more juice into it than the one I have now (a two-year-old one that hasn't been reinstalled since). Now there's the question - should I buy the 13" or the 15"?

P.S. The things are getting a lot better. OpenJDK6 port is pretty mature (I use it), OpenJDK7 port is coming soon. Apple donated it's JavaSE port to Oracle, so soon Java's download page would feature a .dmg file, which will be awesome.

Still I think developing java apps on a macbook is a bit harder than on a Windows machine. I wouldn't go back to Windows because of the awesome hardware and because the OS is so much better for anything else.

Sometimes some youtube clips, movies or podcast have their audio recorded really low. My Macbooks' sound is not really strong, so when I listen to such a video I struggle to catch the speech - especially when I'm in the shower.

Global Delight has created Boom. It costs $4.99. A software solution to such a problem - it can boost the volume up to 400% and has a system-wide equalizer:

Here's an indian presenting it: http://www.youtube.com/watch?v=MMiv-qHHeNw&feature=player_embedded#at=197. 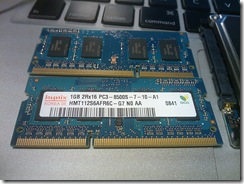 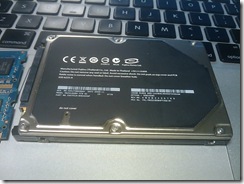