The drive should be HFS. 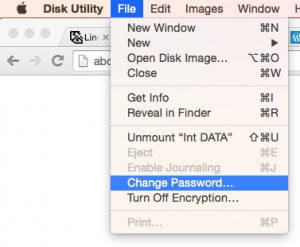 So yesterday was a memorable day.

We gathered the Bulgarian Java User Group and, as a hands-on-lab, in 3 hours we created a pretty complex patch on a open issue in the JDK Bug System. We plan to submit a webrev patch after we polish the code and supply better tests.

We've been playing with the OpenJDK code for quite some time. We have setup an easily distributable virtual machine (actually two virtual machines - fedora and ubuntu) that can be found here:
http://bgjug.sty.bz
They have everything in there with clear instructions on how to build the code and start IntelliJ IDEA as the IDE.

The issue is this one:
https://bugs.openjdk.java.net/browse/JDK-5050783
That has been a request for quite some time. Apache Commons Lang even has an utility method.

Here are the slides of the hackaton:
http://www.slideshare.net/IvanIvanov138/first-adoption-hackathon
And here are the instructions:
http://bgjug.sty.bz/bgjug/OpenJDK-hol.pdf

We even had some beer: 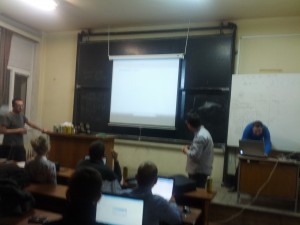 The patch included a pretty heated discussion on whether we should use the Apache's Commons Lang approach:

or we should rewrite some private classes inside java.lang.Throwable.

Here's the updated Throwable code:
First we added a method:

We decided to reimplement and change the private inner class, because the Commons Lang uses StringWriter that internally uses the StringBuffer which is synchronized and we don't want that, since we sync on an upper level.
Here's a small JTREG test we created:

This line shares the current dir on http, really cool and quick

Problem1: My printer's scanner does not work over the wire with OSX. So the scanner part works by cable only. Well what if I put the usb cable over the wi-fi? Well, now I have a wireless scanner.

Problem2: I have a remote backup drive that I want to keep bootable and encrypted. Was it possible before this? I couldn't make it work. Is it possible now? I think so.

VirtualHere is a commercial software. For free it allows one simultaneous device, if you disconnect the first, you can use the second. It works flawlessly.

Its server has builds for most linuxes plus OpenWrt. The client is very simple, builds for osx, win, linux.

There are FOSS alternatives. If anyone has tried them, please share some info.