Cracking the WPA password with aircrack is not fast, especially in a VM. So the first thing is to do the cracking outside of BackTrack. We have to get the .cap file out of the VM. Just drag it from the VM to the desktop.

Also using just the CPU is slow. GPUs these days can crack faster than the CPU.

OS X Mountain Lion comes with OpenCL tools. X Code is big and most of it is iOS and OS X dev tools which we don't need. So only Command Line Tools can be installed. You have to have an Apple developer account to download it (it's free): 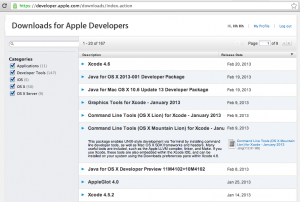 Click Next or Continue or whatever until it is done.

Full X Code can be installed from the App Store: 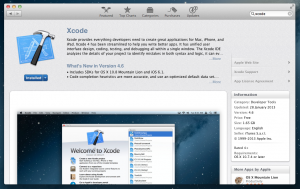 Then Command Line Tools have to be installed. Go to XCode, then Properties: 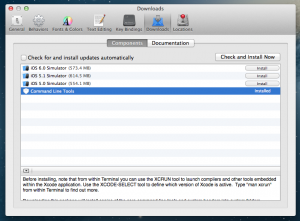 Pyrit is a python tool that cracks WPA passwords.

Prerequisites. Download these in a folder named PYRIT for example:

Then in the folder in terminal do:

Now, it's time for the pyrit tool:

If you don't have nvidia driver, you'll get: SystemError: Nvidia's CUDA-compiler 'nvcc' can't be found.

Check the first and second option: 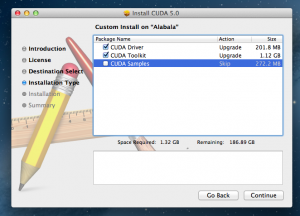 On a macbook with ATI we get something like:

On a macbook with nVidia, we get something like:

Note: I have no idea why when OpenCL or CUDA is installed it takes the place of one of the cores, on a quad-core we get 7 cores with OpenCL. When benchmarking it seems all cores are being utilized. I guess it's a bug.

You can see that the GPU is faster than 7 cores (they should be 8, i don't know why one is missing)

Wordlists can be found here: http://blog.g0tmi1k.com/2011/06/dictionaries-wordlists.html

Make sure you're in Discrete Only mode. 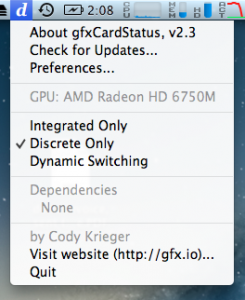 --all-handshakes means that all handshakes in the file will be used together.

It will utilize the CPU and the GPU simultaneously. And now we get around 10k attempts/sec which is a lot better than aircrack-ng in a vm.

Note: your computer will unresponsive, make sure anything CPU or GPU intensive is switched off.

Some stuff was taken from here. 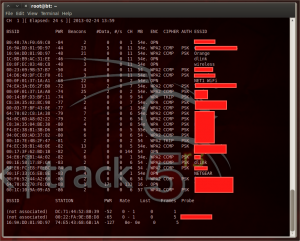 Now we choose which AP to attack. Let's choose Steve. The --bssid parameter says which AP to listen for, -c says on which channel should we stay and -w says the file we use to dump the authentication.

This attack is called the Deauth attack because we de-authenticate one client and wait for it to reconnect. -a is the AP, -c - the client we deauth, -0 is the attack, 1 means to perform it once only. 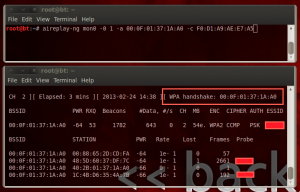 And we get the handshake.

Now we crack it. We will use a wordlist. 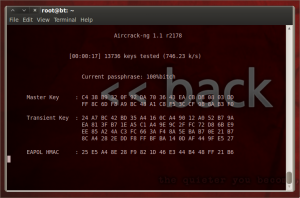 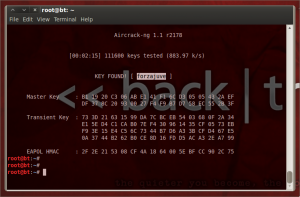 Unfortunately this method can try only ~800 passwords per second from the wordlist. In later articles we'll see better approaches.

OS X natively is no good

First, trying to crack wi-fi APs on OS X natively will not work great. KisMAC is not great, it cannot inject packets with the macbook's default wi-fi card. aircrack-ng does not work.

ALFA's are recommended by half the internet, but I think they suck. My Alfa is not stable, it doesn't work with BT5R3, only BT5R2. The Atheros is a lot better, but no 5Ghz. I'm waiting for NETGEAR WNDA3200 which has 5Ghz radio that works simultaneously with the 2.4Ghz radio.

The best VM to use is BackTrack - all the cracking tools are inside. Latest version is BT5R3. It even comes as a prebuilt VMware virtual machine. I'm using VMware Fusion on OS X.

Adding the card to the USB:

Then in terminal we check for a wi-fi card. We find one on wlan1 and start a monitoring interface for it. 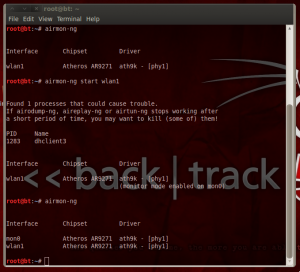 Then, let's check the wi-fis:

In later articles we'll see how to hack the wi-fi.