Today was the second edition of the jProfessionals format we started 5 months ago. 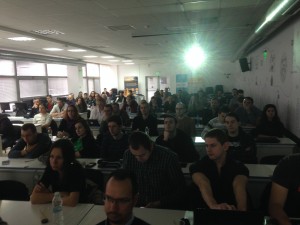 jProfessionals is a one-day free conf. Smaller than jPrime (our star yearly event).

In the first version we invited Koshuke Kawaguchi. (the creator of Jenkins CI). 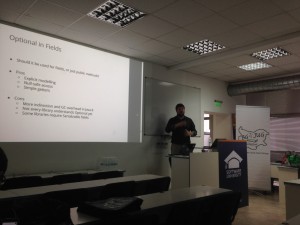 The session was about java 8 lambdas and even though it started as a very introductory session it turned out to be quite interesting. We discussed currying, Optional and the elvis operator.

What I learned is that Optional with value types is going to be fast (all in stack, no heap). Elvis is going in another direction - just a simple !=null check. Optional is kind of an explicit contract (preferred despite the verbosity and the extra object). 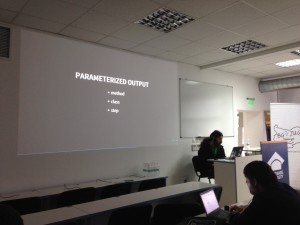 He talked about Spring REST Docs. The talk was one big live demo. REST Docs is a way to document a rest api automatically by extracting the info from the tests - it creates cURL commands, headers, params as so called snippets, and it allows the use of a adoc files with links to the REST Docs snippets.

After a tasty lunch it was time for "The Seven Deadly Sins of Microservices" by Daniel Bryant.

It was a soft session with a lot of links and cool ideas of what microservices are good for and what they are not. There was a discussion on where people fail mostly using them. Very interesting and engaging - I bookmarked a lot of books that I'm never going to read.

Doychin Bondzev talked about Firebird (an alternative to postgres) - free, has triggers and is embeddable with nice tools and binary backup that is fast enough on windows.

Richard Warburton was next with another session for the future of Generics which was really fun. 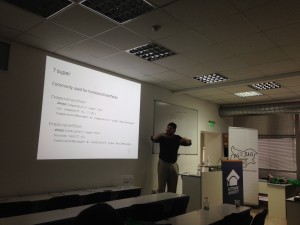 Next was a talk about Jenkins Builds with Docker Containers by Petar Velikov from e-card.bg. 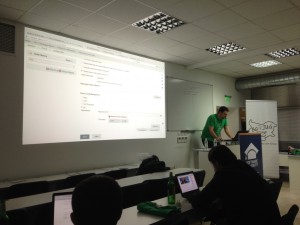 It was quite interesting especially the docker part (he even used dockviz).

Finally there were two lightning talks. Martin Toshev talked about RxJava and RxJS.

Another guy - Teodor Tunev talked about Activiti - a java BPM platform far better than jBPM in his words.

Finally some beer was due. 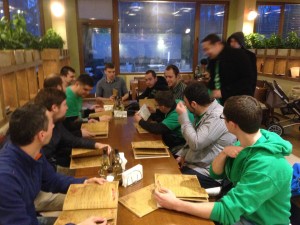 (has not arrived yet)