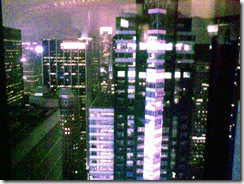 Still on the flight to Phoenix. The battery is half-dead. And I’m drinking the third coffee. Oh, not to mention that I burned my hand pretty bad with a Starbucks L 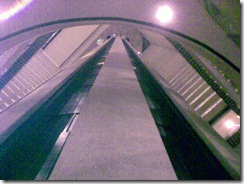 atte so now I hate Starbucks.

I was just looking the pictures and it’s hard, really hard. I still have to write a lot about NY and then Staten Island, and then Chicago, And from Chicago I have a lot of picture. Damn memory card that can hold 2000 hi-quality (the phone says they are high quality) pictures.

So what else was there is NY. I was mostly in Manhattan, so let’s talk about it. The first picture on the right is from the Marriott Hotel on the 46th floor on a platform th 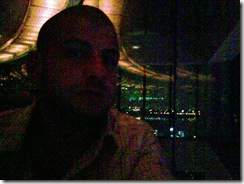 at turns 60 degrees in 60 minutes. The platform is a restaurant and the view is awesome. Unfortunately it was at night and the picture is not very nice. 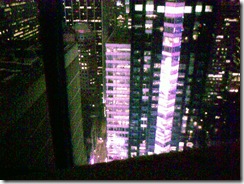 The elevator that took us there was one with an open view and we could see the lobbies on every 15 floors. The inside of the hotel was hollow and there lobbies (major floors) were separating the inside of it. Flying with it was a bit scary because at one time one could see the bars 20-30 meters  away and then suddenly a concrete wall with a hole wide enough only for the elevator to go through. The elevator could be seen on the upper left picture.

So what else did we do? Oh yea a friend invited me to see her workplace at the UN headquarters. The one on the left shows 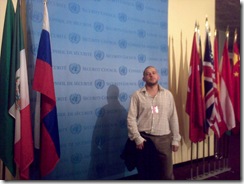 the General Assembly. There was a session going on and still tourist were let in. The one on the right shows the Security 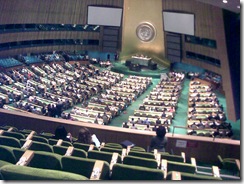 Council’s press “wall”. And I’m there giving a press conference and discus sing the problems in North Korea and there second test of their missile. The last one in in front of the building with all the flags. (The pictures are so big that’s hard to write enough text that fills the space between them). 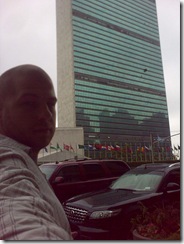 the square and is full of cops. 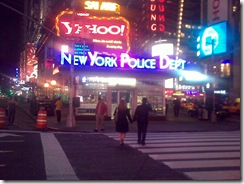 Isn’t that enough for this post? I just looked at it and it looks very ugly, but I’m too tired to make it look better